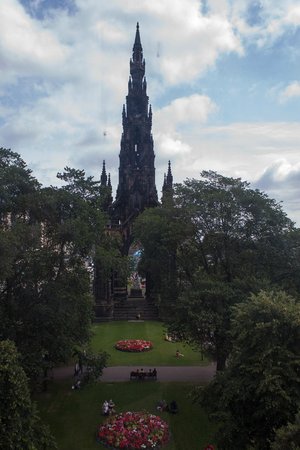 Castles form a major part of Scotland’s cultural heritage, with each telling its own tale of bloody battles that have been fought over the years. The most iconic being Edinburgh Castle, situated at the top of the Royal Mile and overlooking our capital, whilst at the bottom lies Holyrood Palace, the official residence of the Royal Family when they come to Scotland. Just over an hour away is Stirling Castle, a favourite of the Stewart Kings & Queens: it commands stunning views of the famous Wallace Monument and Bannockburn. Learn about the battle of Stirling Bridge and our famous victory over the Auld Enemy. Travel north and we have an abundance of landmarks, such as :- Glamis Castle, childhood family home of the late Queen Elizabeth, the Queen Mother. Balmoral Castle, once described by Queen Victoria as ‘this dear paradise’ and still the holiday retreat of the Queen and the Royal Family. Blair Castle, still home to the last remaining private army in Europe today. Eilean Donan, Scotland’s most photographed castle. Urquhart Castle, located on the shores of Loch Ness, an impressive stronghold despite its ruinous state.. Dunvegan Castle, on the Isle of Skye, seat of the MacLeod of MacLeod, chief of the Clan MacLeod and the oldest inhabited castle in Scotland. Scone Palace, once the crowning place of the Kings of Scots, is the rightful home of the celebrated Stone of Scone - also known as the Stone of Destiny. These are only a few of many such landmarks, believed to be over 2000 in number. Religion has also played a big part in our history, with Dunfermline Abbey housing the tomb of King Robert The Bruce, on the west coast we have the small island of Iona, with the abbey dating back to AD 563 and said to be the birthplace of Christianity in Scotland. Let us take you on a journey back in time, where our qualified guides will retell many of the famous stories that have made us one of the most visited and loved countries in the world.